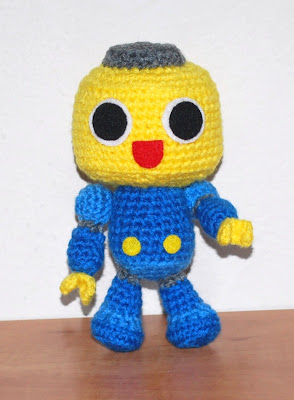 Disclaimer: Servbot is property of capcom. Only the pattern for this amigurumi is mine. 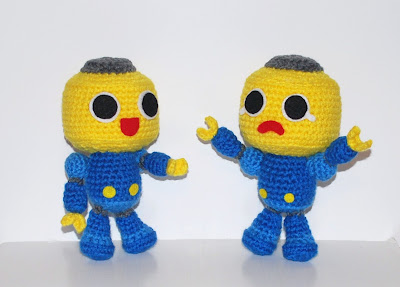 I used face references from The Misadventures of Tron Bonne to create my face. Here are some ideas from the game (unused)
Hope you enjoy this pattern, and once again feel free to send me a message for help!
Please do not sell this pattern or products made from this pattern. Thank you!
~HanakoHeals
Posted by Hanako at 12:09 AM